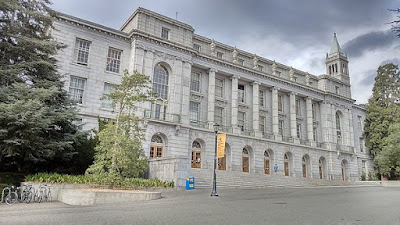 In the past few weeks two news articles related to higher education caught my eye. The first revealed that the pay gap between college graduates and non-college graduates is at an all-time high. The second, given the information in the first, was horrifying. The UC Board of Regents has voted to raise tuition 5% per year for the next 5 years.

The disparity in pay between those with a college degree and those without one is causing more than just frustration. Families are falling behind in many areas of life. Home ownership, having children and even getting married have fallen victim to these lower wages. New jobs since the Great Recession have gone mostly to those with college degrees. The Economic Policy Institute reports that college grads earn 56% more than non-college grads. While the college-educated have seen an increase of 21% in employment since the Recession, employment of the non-college educated has dropped 8%.

At the same time, the cost of attending a four-year college has continued to increase. It hit a record high in 2016. In the last five years, public college tuition has increased 10%, and tuition in private colleges has increased 12%. Over this period, incomes of American families have dropped 7%. How are families going to put their children through college with dropping incomes and increasing costs? Take out more college loans? Not necessary.

There are millions of dollars in college scholarships and grants waiting for those who qualify. But, it takes more than just fulfilling the A – G requirements, having a high GPA and great SAT scores. Individual students must differentiate themselves from all the others who have completed college entrance requirements. They have to do more to become more, so they will earn more free cash for college.

This is why I did a study of high school seniors who earned college scholarships. I determined the factors that went into some of them becoming ideal college scholarship and grant applicants. I’ve included their strategies in my book, Free College Awareness. It should be available later this month. You can check this link to see when and where to obtain the book. This way, you can avoid both problems described in this article.

Email ThisBlogThis!Share to TwitterShare to FacebookShare to Pinterest
Labels: @AVID4college, @BetterMakeRoom, @WeAreTeachers, #FreeCollege Awareness, debt free college, how to get to college, more free cash for college, no student loans