Will Technology Steal your Child’s Future? 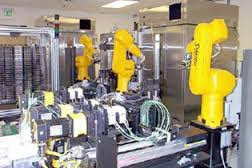 It just might. Studies have been conducted. Facts were collected, and the results published. Politicians have made several speeches sounding warnings. They all reveal the same thing, 40% to 80% of current jobs (depending upon the country in which you live) will be lost to artificial intelligence and robotics in the next twenty years. But is anyone paying attention?

The disappearing jobs are in certain fields. Of course, manufacturing and any job performed using patterns or manipulation of objects are already gone or nearly so. Retail sales personnel, secretaries, office workers and truck drivers are in the process of seeing their jobs automated too. Overall, any occupation that does not involve critical thinking is in danger. More specifically, if a job currently pays less than $20.00 an hour, you can expect to see a machine doing it in the near future.

Are there any jobs that are safe? Sure, those which require critical thinking, creativity or inter-personal skills will still be needed twenty years from now. Anyone who is a performer, works in theater, social work, education or health care will be able to find employment. STEAM type careers may seem safe at the moment, but some could be replaced by future advances in artificial intelligence. Even software development could be outsourced to another computer someday soon.

So what is the solution? Flexibility. Once when chatting with an international businessman friend, I asked what he thought my child should study in college. His reply was a surprise. He said she should major in a foreign language and minor in business. After all, if you cannot communicate with someone, it’s pretty tough to do business with him. Not everyone is interested in business. But the method is sound. All students (in my opinion) should major in a STEAM type subject and minor in a Liberal Art, or visa versa.

Liberal Arts provides the flexibility people need to move between jobs, as doing so seems to be a trend. Even teachers need to be able to adapt. I taught at the secondary level in public schools. When in college, I realized I would be more “employable” if I didn’t just have one subject on my degree and teaching credential (like most teachers). So I graduated with a Bachelor’s Degree in German, French and English. This opened many doors.

My simple suggestion is for parents to encourage their children to exercise both sides of their brains. The left is analytical and is most often used in math, science and languages. The right is more creative, and active in the arts. When in high school, urge students to pursue courses which would allow them to pursue a double major in college or CTE (career and technical education), one related to each hemisphere of the brain. This will protect them from radical changes expected in the world of work.

Email ThisBlogThis!Share to TwitterShare to FacebookShare to Pinterest
Labels: #FreeCollege Awareness, career protection, future of work, how to get into college, job security, jobs disappearing, occupations disappearing, planning ahead, planning for success