How to Stand Out in A Cloud of #STEAM or #STEM 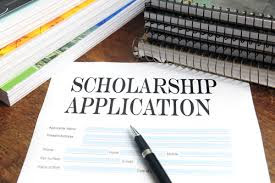 When my first grandchild was preparing to enter the 10th grade in high school, I asked him which foreign language he was going to take. He had already completed two years of Spanish in middle school. I was curious. Was he going to stick with it, or switch to something else? His grandmother, me, studied three languages along with English, so he knew there were other options.

He informed me that his school counted Coding as a foreign language, so he didn’t need to study another one. After I recovered from the outrage of equating study of a real live language, its people, music, art and culture with computer coding, I explained the reality of paying for college to him.

I told him, in order to stand out in the crowd of applicants for scholarships and grants; he has to go above and beyond what his school requires for graduation. He has to catch the eye of those who hand out free money. He has been taking advanced classes in math and science for years. His grades are stellar. He plays several musical instruments. He wins awards and is a wonderful kid. But so are many other scholarship applicants. His application could be lost in the mass of paperwork submitted by thousands of graduates.

I asked if he enjoyed Spanish, and if he did well in the classes. He liked the subject and received A’s. I suggested he take this opportunity to do what other students won’t. Many will be content to complete the minimum requirements. To give himself an advantage, he should continue with Spanish until he had completed four years in addition to his coding and other computer courses. He did this and now his applications will stand out.

Grandma is sending him links to scholarships she finds online and encouraging him to apply to at least three each week. Hopefully, he listens to this advice like he did the advice on how to stand out in the crowd.

For more information on going to college without needing loans, you'll want my new book, Free College, coming this spring from Starfish Publishing. It shows how many students avoid needing college loans; available soon to families of Pre-K through High School students.