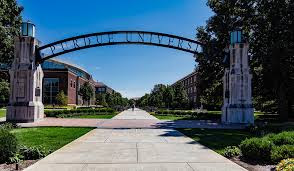 While the general public believes students who go to universities with lots of status will be more successful and happier than those who go elsewhere, this is not the case. Studies published in the Wall Street Journal recently show engagement while in college is far more significant. Many high school students are overstressed and anxious, believing the false notion that attending a name university is the only way to succeed in life. One of my former students was convinced staying up late to study would improve her grades and chances to go to one such university. It had the opposite effect. After convincing her to get at least nine hours of sleep, her health and grades improved and her anxiety disappeared. She stopped stressing, and was able to attend college after graduation on a scholarship, as she had desired. 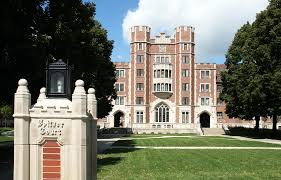 One study by Gallup-Purdue showed what does have a positive impact on future success and well-being. Thinking back to my own experiences in college, I realize I benefited from the key experiences listed in this study. I found when I took a course with a professor who made the subject exciting, I did better. I was lucky to have professors who took an interest in me personally. They even placed me with their most successful Master Teacher, when I graduated college. I didn’t have a mentor, which is another of the experiences the study found to be helpful, unless you count the professors who encouraged me.

Another key factor was working on some sort of project across semesters. My major and minors included becoming fluent in German and French, (plus English, which I was already, of course). Language study began for me in high school and continued through college. The internship which the study found to be helpful isn’t called an internship in education. It’s called Student Teaching. It’s the same thing as an internship, but unpaid. I dated while in college, and we did participate in some college activities. The study found doing so helped students, even later in life.

The underlined parts of the sentences above are the tips the Gallup-Purdue study found most significant for future success. Not surprising to me, they are also included in the sixteen defining habits of successful scholarships winners outlined in my book, Free College. What benefits high school students in being accepted to college and winning lots of scholarships, is vital while attending college, and beyond. My book contains ten more researched and proven tips, however. Half are initiated before high school, the others during high school. This means, of course, parents start helping students get ready for college and a lifetime success. They create the foundation. Students take over, for the most part, when they enter high school and college.

When selecting a college, don’t aim for one with a big name. Instead find one where the professors teach the courses, interact with students and show their concern. When visiting campuses, ask students if their classes are interesting, and how they're treated by their professors. See if the university provides or encourages mentorships. Find out about the college clubs and activities. Check them out, to determine if any appeal to you. Inquire into the university's department in the field you hope to study, to see if they have an internship program. These are far more important factors than if the university is considered prestigious. 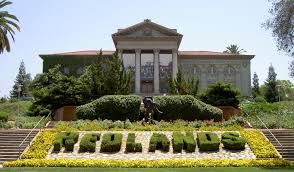 Also make sure to check out the costs involved in attending. Being saddled with a heavy debt load won’t help you be either successful or happy after graduation. As I’ve suggested before, the best time to start applying for college scholarships is when a child is in elementary school. The second best time is today. Don’t stop until your student is a college graduate, with a Master’s Degree, if that is the ultimate goal.

You’re reading from the blog: https://www.roadtofreecollege.com/

If you’re interested in learning more about helping your children succeed, you can follow me on Twitter, @ElizaWallace27 or click on the image of my book, Free College, in the top right corner of this page. You'll be taken to Amazon, where you can read more about my book, and buy it now.