What Does Notre Dame Mean to You? 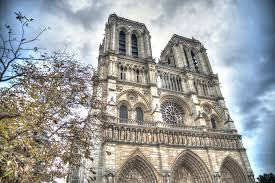 To me, Notre Dame represents a promise made, and a promise kept. In the late 1980s, I left a school district where the student population was dwindling. I took a job in a lower socioeconomic minority high school with only two foreign language teachers. They taught first and second year French and Spanish. When the French teacher retired, I took his position.

The graduation rate at this school was low, and the number of students going on to college was even lower. I believed the way to help these students reach their goals in life was through higher education. So I set out to make sure my students fulfilled the A-G requirements for college acceptance. I told them they were mine for four years, unless there was a more beneficial course for them to take in their senior year. The six new foreign language teachers we hired over the next few years followed my lead. The counselors knew what we were doing, and backed us up.

As I worked to make taking French or Spanish the “thing to do” at the school, several students asked to study German. Since I’m degreed, credentialed and experienced teaching German, we added it to the master schedule. District administration thought offering three languages was beyond the abilities of students at this school. We proved him wrong by giving students reasons to take the classes, and to stay with them until graduation.

One such enticement was language trips to countries where the languages students were studying were spoken. The first group we took was small. Most people at the school didn’t really believe we would go. But a dedicated group of students was not about to give up. One boy caught the measles. His doctor told him if he scratched, the sores would not heal in time for the trip. His brother told me it was awful watching him resist the urge to scratch. But he made it. He’s on the right in this blurry photo.

So is Denise. On our first trip, we visited Paris. On the first full day, we went to see Notre Dame Cathedral. We wandered around inside. Each looking at whatever he or she found most fascinating. Then I saw Denise. She was standing about two feet from an interior wall. It was made of stone, and brown with age. I suggested she touch it. She was horrified. So I took her hand and placed it on the wall. I then named several historic figures who had also, perhaps, touched the same wall. This was a student who hadn't been anywhere. She could only come along because we sold everything we could get our hands on. She lived thirty minutes from the sea, but had never seen it.

Here she was in Paris, France, with her hand on the wall inside Notre Dame Cathedral, crying. She realized the significance of being where she was. She could set a goal in life, work hard, and realize it. I promised these kids I would take them to Paris, help them get into college and reach their goals in life. To me Notre Dame is a promise made to students who had dreams, but not the courage to fight for them. It’s also the realization of the promise kept. All five of these trip kids went to college. So did every other student who travelled to Europe with our school, and thousands of others who cheered them on and believed they too could reach their dreams. This is what Notre Dame means to me.

If you’re interested in learning more, you can follow me on Twitter, @ElizaWallace27 or click on the image of my book, Free College, at the top right corner of this page. You'll be taken to Amazon, where you can read more about my book, and buy it now.

Posted by Elizabeth at 9:05 AM

Email ThisBlogThis!Share to TwitterShare to FacebookShare to Pinterest
Labels: # NotreDamedeParis, #collegecash, #FreeCollege, #How to get to college, #scholarships, college planning, how to earn scholarships and grants, Notre Dame, promises made, trip kids