How to Stop Bullying and Teasing 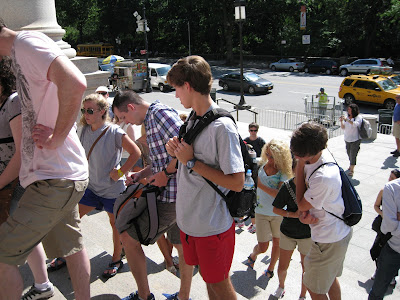 One day during passing period between classes, I saw a girl walk in for the next class. She straightened each desk along the row as she walked toward her own on the other side of the room. At the time there was a male student standing next to me watching. In the past, I would have expected him to either ignore her or make a cutting remark. He did neither. Instead, he said, “Isn’t that cute? She can’t keep herself from putting the desks where they belong. She must be a Melancholy.”

He was right, of course, but how did he know? About a month earlier the school was conducting a series of tests. They thought it efficient to pull out those being tested by grade level. Since I taught German classes which were composed of students from all four high school grade levels, several students were missing from each class period for the entire week of testing. There was no way to conduct regular instruction, so I used the time to teach students something I thought would benefit them in school, at home and in the future.

I taught them the four personalities as described in the book Personality Plus, by Florence Littauer. I was able to lead students through the discovery of their own strengths and weaknesses. They were better able to understand what made them tick. Even more important, they developed not just a tolerance of the behavioral quirks of others, but an appreciation of them.

So when the boy standing near me saw another student taking the time to make the desks more orderly, he was charmed by her behavior. This was not an aberration. After teaching the four personalities and helping students realize how this knowledge could help them better understand themselves and deal with the people around them, there was no more bullying or teasing in any of my classes.

I highly recommend teachers read Personality Plus by Florence Littauer and find a way to fit the material into their lessons plans, no matter the subject they teach. Teachers will find this makes class management much easier. Students learn how to deal with their own strengths and weaknesses and how to better understand people they encounter in life.

Email ThisBlogThis!Share to TwitterShare to FacebookShare to Pinterest
Labels: AVID4college, how to get into college, lesson plans for teachers, scholarships and grants, stop bullying, stop teasing, teacher tools