Tips for a Positive Attitude Adjustment 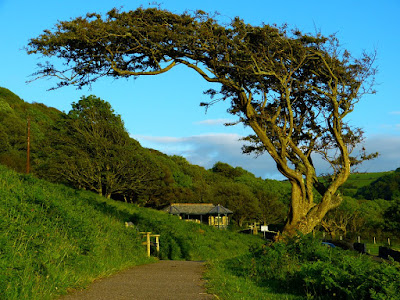 I’ve watched enough movies to know brainwashing is real. I’ve seen enough advertising to know it’s all around us. I’ve noticed peer pressure at work. So why not make this work for our students, instead of against them?

I used a couple of simple tricks to change the attitude of my students from negative to positive. I wanted their way of thinking to help them get ahead, instead of holding them back. Here are three tricks that worked miracles in my classroom.

1.       Motivational quotes: In addition to writing down their homework assignments as soon as they entered the classroom, my students also conjugated a verb of the day in every tense they had learned to that point, and copied down positive motivational quotes. They understood why they should do the first two. After all it was a French (or German) class. But they wondered why do the third?

For first year students, I explained they would probably need these for writing compositions in their English or History classes. I learned their importance from an author named John Maxwell. I told them I wished someone had told me about this when I was their age. This is true by the way, and they bought into it.

For second year students and beyond, if they asked, which was rare, I explained it was my attempt at brainwashing. I wanted them to be happier and more successful in life, which would make my job easier. They usually laughed, and told me how helpful the quotes had been in writing compositions in English and History classes the year before.

2.       One year I applied for a small grant. My stated goal was to improve leadership skills of my students. I won the award, received $200 and bought twenty copies of Seven Habits of Highly Effective Students by Sean Covey. They were added to my lending library.

3.        Whenever a student was finished early, and had nothing else to do, he went over to my lending library and picked up a book to read. Often, at the end of class, he asked if he could take the book home. I asked the student to put his name, the book title and date on a 3 x 5 card. When the book was returned to me, I wrote 10 points on the card, and dropped it into the “In Box” on my desk.

I also approached students who were class leaders, and handed them a copy of 7 Habits. I often did this on a Friday or the day before a three day weekend or holiday. “Here, you’ll like this.” When they finished, they returned the book and sang its praises. I told them I would give them 10 extra credit points if they told two of their friends about the book. Then, of course, their friends asked to check out a copy. Only once in ten years of doing this did a student answer the question, “What did you think about the book?” without something very positive to say. His comment was, “It’s okay.” I’ll take it.

We’ve all heard the phrase, “As the twig is bent, so grows the tree.” Why not bend the twig in a positive way? There are so many negative factors bombarding our students. Put a few positive ones in their path.

Posted by Elizabeth at 8:00 AM