Showing Up is Half the Battle 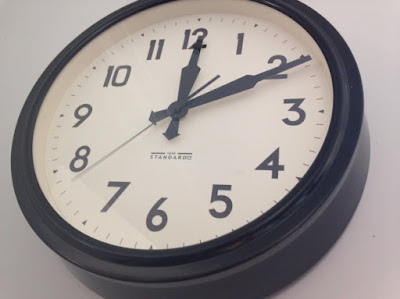 The importance of school attendance has been in the news lately. There are all sorts of studies proving what teachers have known for decades. We can’t teach them if they aren’t in class. I taught German and French for most of my career. There was no way students would learn these languages without coming to class. While I never penalized students for poor attendance, I made it worthwhile for them to show up.

I rewarded classes with perfect attendance and good naturedly teased the one student who was absent or late and ruined perfection. Rewards were never large, but any positive attention gives a positive result.

The smallest reward was stickers. Yes, high school students like stickers, just as much as elementary kids. I bought large bags of inexpensive German or French decals or stickers as rewards. I also had buttons to give away on special occasions.

The greatest success I had in influencing behavior was when I played one class section off against another. They always knew the students in my other classes and were friends with most of them. They eagerly jumped into completion no matter the subject.

Once, about three months before the end of the school year, one of my classes had perfect attendance for three days in a row. Rather than stickers, I added five points to the grade they had earned on their homework assignment. This really got their attention.

I told them my other classes were jealous. I wanted to see just how long they could keep this going. Absences or tardies would ruin the game. After a month of perfection, they were eager to know their prize. I told them if they kept it up until the end of the school year, they would be very pleased with their reward. I did not specify what it was, but they trusted me.

Two weeks before their final exam, one of the students in this class had to be in court on a traffic matter. No excuses. He left court at lunch, drove to class, arrived on time, and went back to court after the bell rang. He didn’t want to ruin it for his classmates.

The day of the final exam, when the students took out their paper and pens, I went to the board and wrote in German, “Tell me if you’re happy with your grade. If you are, you’re finished with the exam. If you’re not, in German, tell me what you think your grade should be and why.” They were happy they had maintained perfect attendance for almost three months and so was I.

Whatever gets recognized and rewarded gets done.

Posted by Elizabeth at 8:00 AM

Email ThisBlogThis!Share to TwitterShare to FacebookShare to Pinterest
Labels: how to earn scholarships and grants, how to improve grades, in the news, life lessons, perfect attendance, school attendance, teacher tools, what gets recognized and rewarded gets done